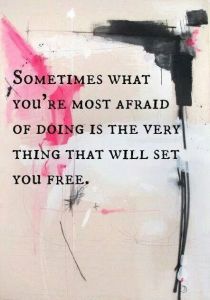 Every time we have a decision to make, we gather evidence to show us what the best decision is, we ask for advice, we trust our intuition, only to doubt it a few moments later, we waiver, we go back and forth, we trust and we doubt at the same time, we get excited and anxious, we are afraid of the outcome either way, we worry about every potential effect, side effect, until we eventually either make a decision or the decision is made for us. Sometimes we’re brave enough to make a decision and stick with it, other times we’re so afraid we delay the decision so much until we get to a point where there is no decision to be made, proving once again that no decision is a decision in itself.

In a recent conversation with a new acquaintance, we were having this exact conversation about decisions. I talked a little about my journey moving to US and how not everything has been a walk in the park. I mentioned that there have been tough times when I didn’t know what decision to make, when I was at a crossroad and neither of the roads seemed better than the other, moments when everything was so overwhelming I just wanted to toss a coin and pick whatever came out. And there have been amazing times when I had to pick between two amazing things and that wasn’t easy either.

As he sat up in his chair, my new acquaintance told me about his time in his life when he didn’t know what decision to make and he went to someone he trusted and simply asked: “What should I do?” The person simply responded “It’s not important to make the right decisions, what’s important is to make the decision right.” And this has guided him in all the decisions in his life.

One response to “How To Make The Best Decision Every Time”