Hugh Hefner, the legend who created Playboy passed away yesterday at the age of 91. Whether you liked him or not, there is no doubt that the man life a full life. While certain people might see him as the “depraved” individual objectifying women or dating and marrying women young enough to be his daughters or granddaughters, the reality is that he was a magnificent individual. He broke boundaries, was an advocate of sexual liberation and freedom of expression, a political activist and philanthropist. 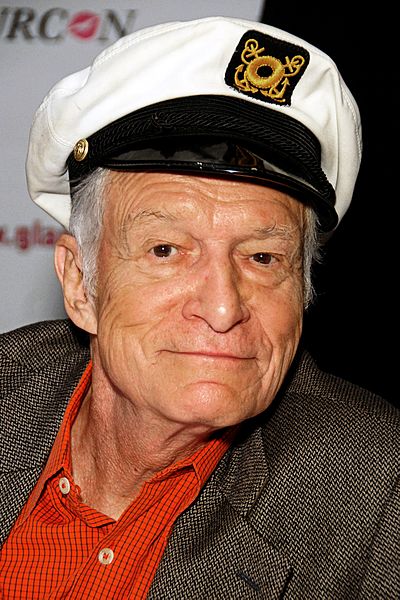 He created The Hugh M. Hefner First Amendment Award “to honor individuals who have made significant contributions in the vital effort to protect and enhance First Amendment rights for Americans.” And he was a consistent supporter of Children of the Night, a not-for-profit focused on intervention in the lives of children who are sexually exploited and vulnerable to or involved in prostitution and pornography.

An avid supporter of legalizing same-sex marriage, he stated that a fight for gay marriage was “a fight for all our rights. Without it, we will turn back the sexual revolution and return to an earlier, puritanical time.” He supported progressive social causes and even ended up losing sponsors due to his decision to invite black guests to his televised parties at a time when much of the nation was still racially segregated.

But what was most remarkable about him was that he wasn’t willing to live by someone else’s rules. He made his own rules, lived life the way be believed she should, not the way others told him to, he built an empire from nothing, he trusted his intuition and learned from his mistakes as well as everyone around him.

He lived a long and fulfilling life, yet he always lived by one important rule “life too short to be living somebody else’s dream.”

So get out there! LIVE YOUR DREAM!